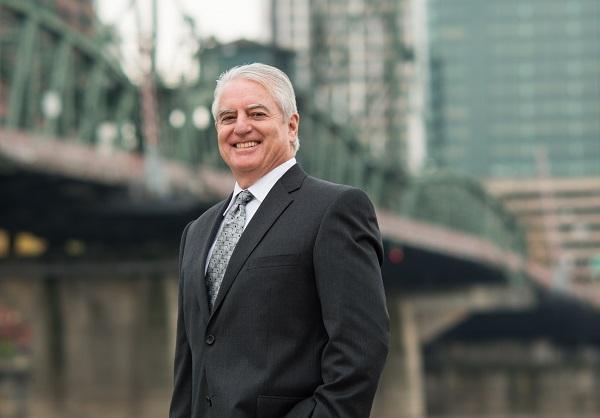 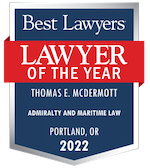 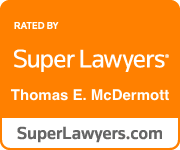 Since joining Lindsay Hart in 1976, Thomas accumulated more than 45 years of trial experience in federal and state courts and other administrative forums.

He also shines in the pro bono arena, sharing his legal talents by representing adoption reform advocates. He worked to uphold the landmark Measure 58, which allows adult adoptees in Oregon to obtain their original birth certificates. He stuck with the case from the trial court to the U.S. Supreme Court.

“It was a civil rights issue,” he said. “More than 6,000 adoptees have accessed their original birth certificates, and there’s not been a single reported bad outcome.”

Thomas received his law degree from Hastings College of Law at the University of California and clerked for the Honorable Frank K. Richardson, California Supreme Court. He is a graduate of Villanova University and served for four years in the U.S. Navy before law school, including as an Admiral’s Aide.

Thomas was selected as the Maritime Lawyer of the Year in 2022 by Best Lawyers in America.

We are passionate advocates for our clients. I work collaboratively with them, especially in the arena of professional licensing. State agencies have a lot of power to revoke a professional’s ability to earn a living, be it a physician, psychologist, chiropractor or other licensed professional.